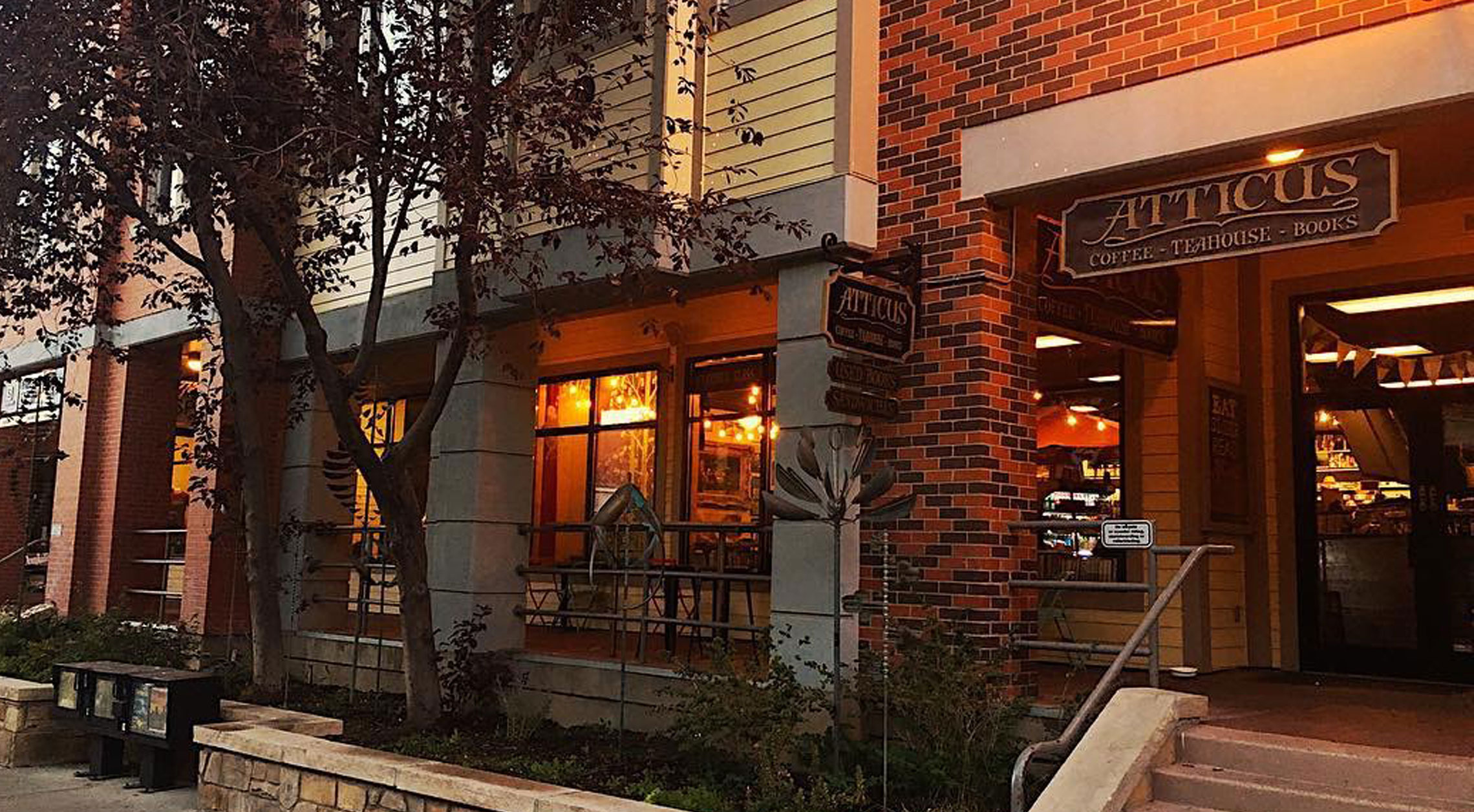 Atticus Coffee and Tea featured on Town Lift for promoting a culture of dignity, family and powder days. Atticus Coffee and Tea shop’s namesake, Atticus Finch, a character in Harper Lee’s “To Kill a Mockingbird,” represents dignity, family, and community. These are the same core values of husband and wife owners Erica and Randy Winzeler. They opened Atticus in 2010 to carry on Erica’s mother, Cassandra Schiavone’s vision and follow their shared entrepreneurial roots.

Cassandra owned a store herself and collected books from around the world. She was enthusiastic about Erica and Randy opening a shop in Park City.

“She was honored that we wanted to carry on her dream and follow in her entrepreneurial footsteps,” said Erica. “We bought all of her inventory and a lot of her store fixtures from her location and hauled it to Park City— including mom! She moved to Park City for six months to help us get the business up and running and teach us the ropes. The business has evolved a lot since its original concept that she started in New Mexico in the early 00s.”

Launching Atticus was a natural step for Erica and Randy, who share a history of solid work ethics. “Randy and I grew up working for our entrepreneurial parents in their various businesses, and we both followed our experiences into the restaurant industry as teenagers and young adults,” Erica said. “We grew up working, and it is a huge part of our foundation.”

The two spent time as employees in Park City’s service industry and used their experiences to inform the operation of Atticus. “We’ve worked in many restaurants, cafes, and ski shops over the years in Park City before deciding to open our own. This has had a heavy influence on the type of family style work environment we strive to create and maintain,” she said.

Randy, a Park City native, grew up on skis, and Erica moved to Park City for the snow. The two share a thirst for adventure that percolates into Atticus’ culture. “Winter is coming— which is our true passion for this town,” Erica said. She and Randy see to it that their employees have every opportunity to play.

“We encourage pow days (even closing for them when necessary) and provide passes for all our full-time employees so they can enjoy the passion and original roots of this ski town. We love incubating our baristas into ‘new locals’ to try to maintain and continue the ski culture that Park City was founded on.”

“Our goal is always to make people’s day better, plain and simple,” she said. “We strive to provide an oasis away from the outside world, even if just for a moment, and our goal is for our customers to leave a little happier than when they arrived.”

The core value of family extends to Atticus employees. “Our employees are our family and, personally, my greatest joy. Watching them grow, learn, become friends amongst themselves, and interact with our customers is pure gold.”

The Atticus team is preparing for the holiday and winter seasons. “We are in the midst of PSL (Pumpkin Spice Latte) season,” Erica said. So stop by for a seasonal treat and browse shelves freshly stocked with unique books and not-found-on-Amazon gifts.