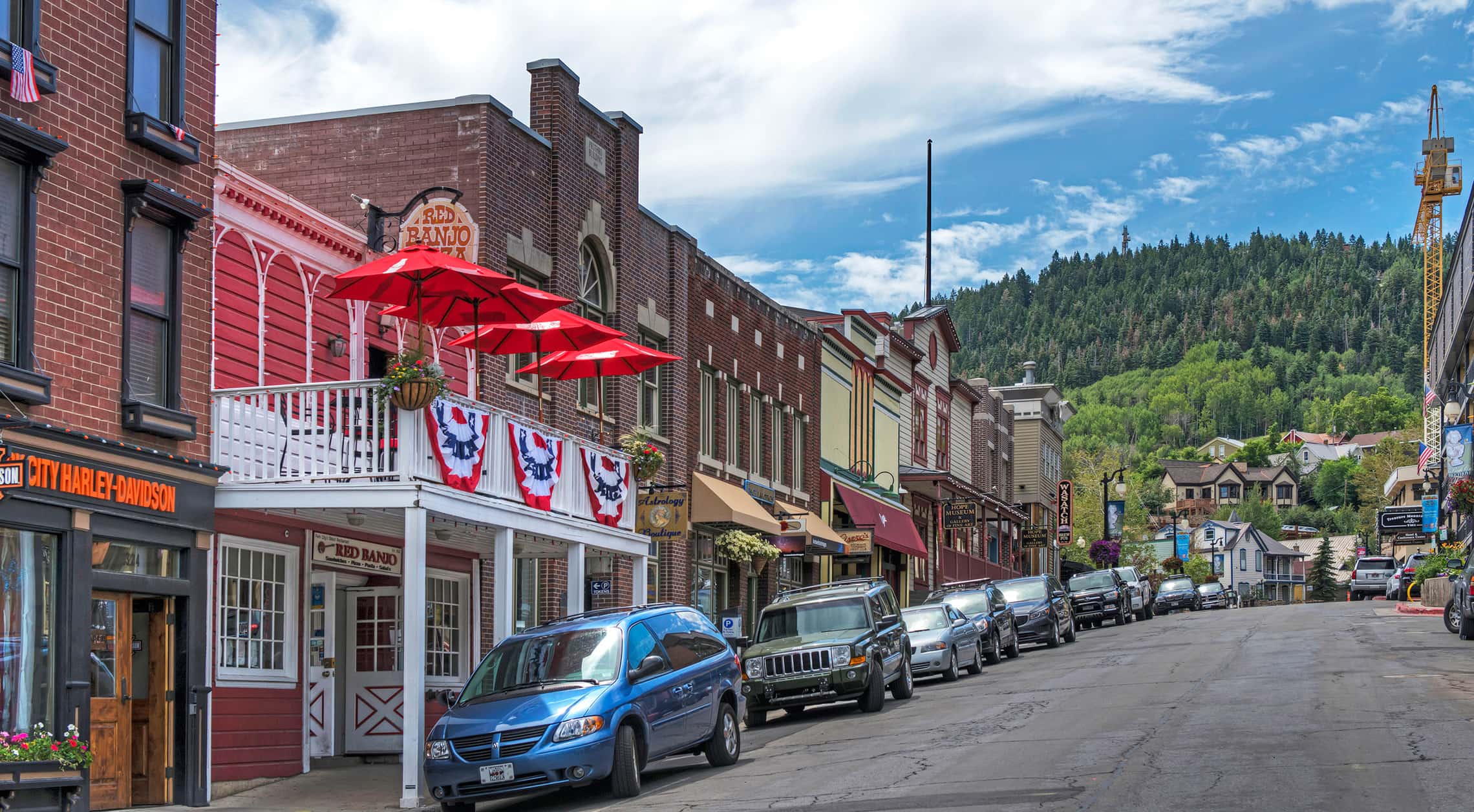 Not quite old enough for senior discounts, but impressive nonetheless. Red Banjo Pizza has long held the title of Park City’s longest-running and family-run business, even further cemented as it celebrated its 60th birthday this month. The Toly side of the family has been in Park City since 1915, and the other side were Mormon Pioneers that came to Park City in the late 1800s.

The Toly family has run the saloon-turned-pizza parlor since 1962, when Mary Lou and Pete Toly bought the building from Mike Safianides. According to the Park City Museum, Safianides ran the Park Tavern, a beer hall, for about 28 years and “survive[ed] at least three police raids for illegally serving hard liquor. The most infamous was the April 1955 sweep orchestrated by state and federal officers that netted four taverns, a hotel, and a house of ill repute,” wrote David Hampshire with the Museum.

In the early 70s, the saloon decided to change specialties and began serving its well-known freshly made pizza, thus becoming Red Banjo Pizza. The restaurant uses family recipes, like the pizza dough made fresh throughout the day, its sweet vinaigrette salad dressing, and homemade chunky vegetable pasta sauce. Notably, all the pizzas (besides the Red Banjo Special) are named after old Park City mines and are served with a lemon, bringing out the pizza sauce’s flavor.

The building was built around 1900, and after some renovation in the early 2000s, a mere 100 years later, the Tolys found original hardwood floors. “In one area, there was a horseshoe of cigar burns on the floor,” said Toly. “This was from the Prohibition era when there were gaming tables, and men would play around a gaming table and put their cigars out on the floor. The restaurant still has the original bar, bar stools, cash register, hardwood floor, and two doors!”

Being located right above the Egyptian theater has its perks. The Tolys have served many celebrities, “a few that made Tana happy were in the 90s meeting cast of 90210, Leonardo Dicaprio, and Sheryl Crow. A few years ago, during Sundance, Hilary Clinton, Malia Obama, and Taylor Swift were in the restaurant separately. And Scott [Toly] is still happy to have met Jennifer Anniston in the 90s.”

However, the success of Red Banjo Pizza can’t be attributed to its celebrity guests. For 60 years, Parkites have chosen time after time to support its local pizzeria. And the pizzeria has given back in turn. Tana Toly served on 6+ Boards before being elected to Park City Council in 2022. Red Banjo donates to and sponsors the Park City Ski Team (Nordic Combined 4th Generation Toly- Donovan is a promising Nordic skier). It has employed many Olympic hopefuls and medal winners, including Taylor and Bryan Fletcher, and Jessica Jerome. The dollar wall collects dollars year-round donated to cancer research at the end of each year. Red Banjo supports a revolving door of local charities; most recently, it donated the wall dollars to Tee It Up, local cancer prevention raising charity. The restaurant also employs and supports Summit County’s Drug Court Program Participants.

Many folks have stories from their first time at Red Banjo, whether that was an interaction with Mary Lou, who at 84 continues to work hard at the restaurant, try lemon on pizza, or birthday parties. The restaurant also shares memories and is a keeper of history from its original structures to the newspaper clippings and photos lining the walls. The Tolys look forward to another 60 years with our community and adding more history to its walls.

“We knew at the beginning that owning our building and maintaining our authenticity in service and food quality was what would ultimately make us successful in Park City. This mentality led us to make many sacrifices, there were countless missed holidays, vacations, birthdays, etc., but this dedication and grit are what have kept us in business for six decades. We have thrived on maintaining the mom-and-pop experience that remains interwoven into our town’s fabric.” 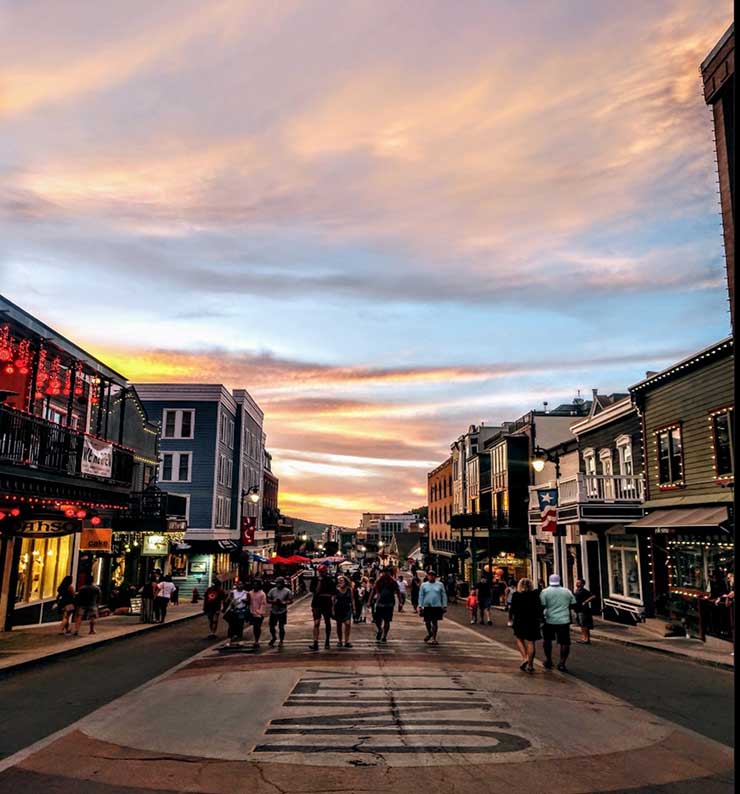 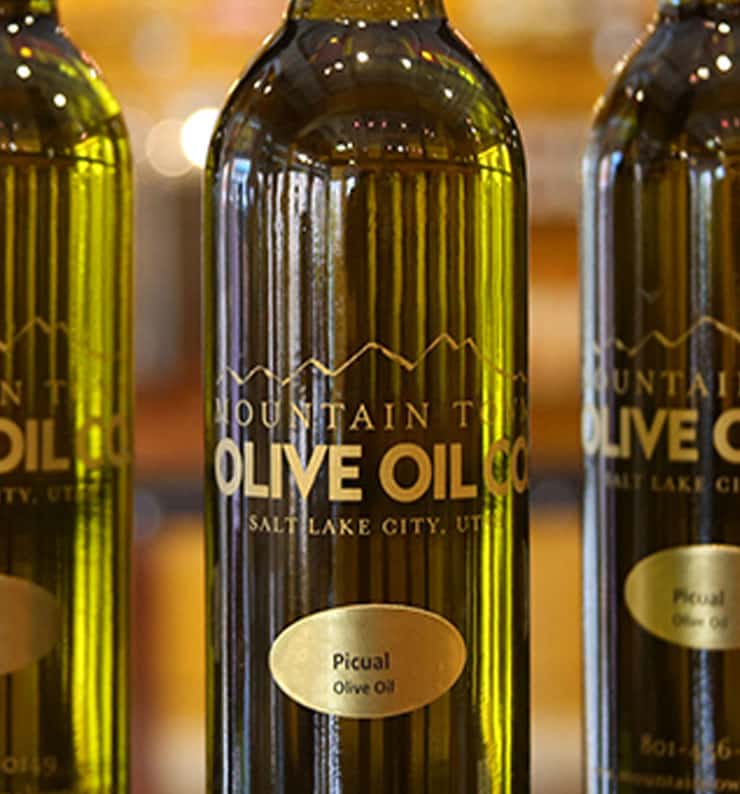