There's Hops in Them Hills

80 years ago, German immigrants journeyed to Park City to find their fortunes mining silver from the mountains. Knowing they were leaving home and not knowing when they would return they packed their favorite hops from the motherland and planted them around Park City. A hop is a fragrant flower that brewers use in the brewing process to add a bitter flavor while also serving as a stabilizing agent.  As the miners moved on, they left their cherished hops behind unattended for decades.

Local land savers at Summit Land Conservancy teamed up with local brewmasters at Wasatch Brew Pub to help these abandoned hops to realize their purpose. A crew of hops hunters joined the efforts, had a lot of fun and got to be a part of creating a flavorful beer while doing their part to save land and support Summit Land Conservancy. We get to drink the results!

Park City local, Shirin took part in the Hop Hunters event and shares the details below -

Over the summer, Summit Land Conservancy hosted several hikes to pinpoint where the hops were growing on the mountains. Wild vines with fan like flowers, otherwise known as hops, are hidden underneath a broad leaf. McKenzie, an intern at Summit Land Conservancy, led our group up Prospector Ridge to identify hops and bring some back to the brewer to assess for maturity. Along the way she entertained us by identifying some edible and poisonous berries and plants. 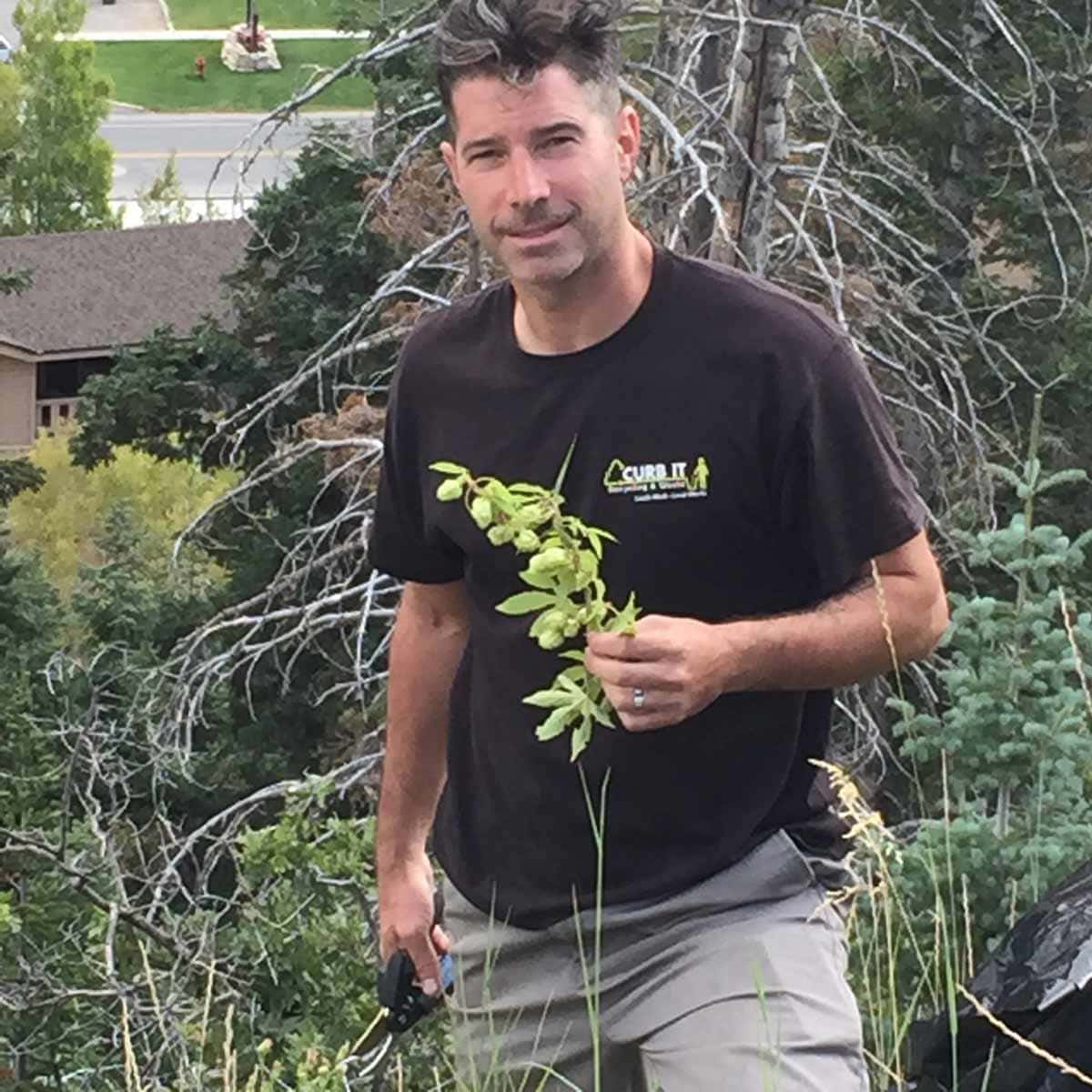 About two weeks later it was time to harvest the plant. We visited several sites and cut down long vines of hops. Some were large and some were small, but all smelled fabulous when you rubbed them between your fingers. Back at the Brew Pub we picked the flowers off the vines and put them into large buckets. We collected over 20 lbs of the hops, and when we finished the brew master offered to take us on a tour of the brewery.

He explained how the first batch of brewed grain, named wort, is quite sweet.  He then shared with us the process of wet brewing, which is further boiling down the wort. In the last 15 minutes he adds the fresh hops. It is stored for about 2 ½ weeks where it ferments into an aromatic but quite mellow tasting beer named Clothing Hoptional.

All proceeds from this brew will go towards Summit Land Conservancy, where they will use the funds to buy more open space or maintain the lands they have conserved. Hop Hunters is a great example of two local companies coming together to create a great beer and save some gorgeous lands, as well as, our heritage. I was excited to be a part of this process and can’t wait for next year.

Shirin Spangenberg is a twenty-two year resident of Park City. While not intending on living here forever, she taught snowboarding at Park City Mountain Resort, way back when, and met a cute boy named Dirk. Years later Dirk and Shirin have two boys and have been happily married for years. Shirin runs Park City Food Tours and has a tour that includes Main Street. Shirin loves Park City and especially the historic yet dynamic Main Street and hopes you will enjoy her stories.